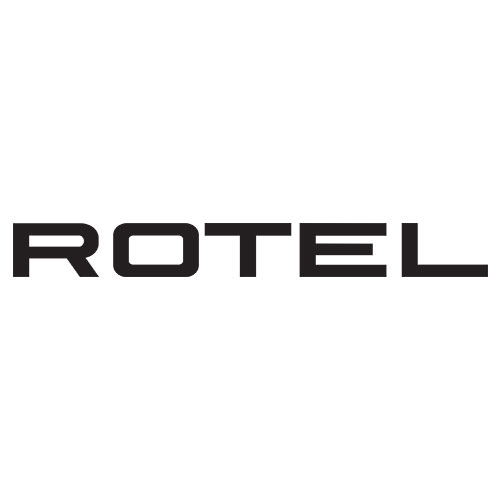 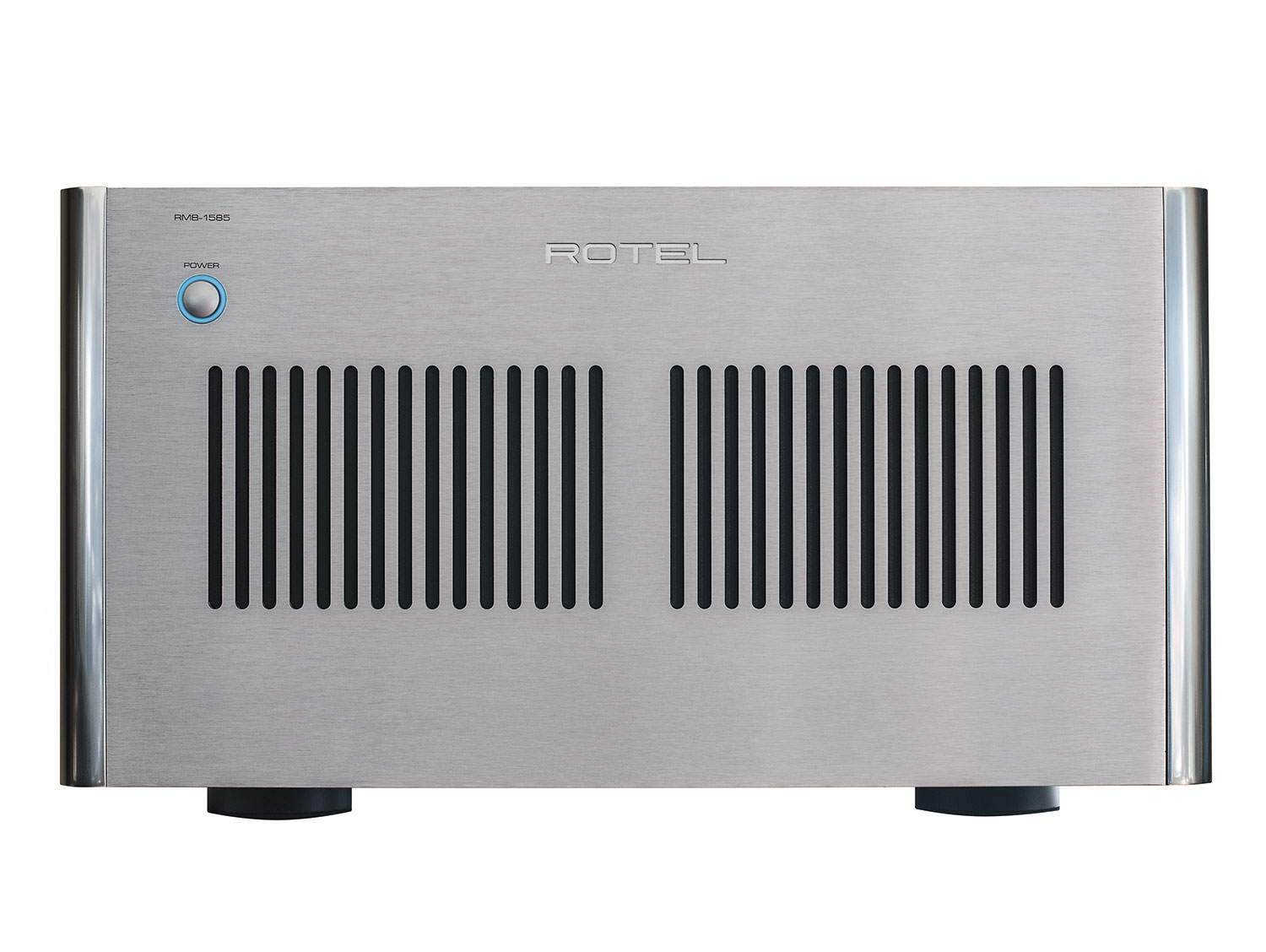 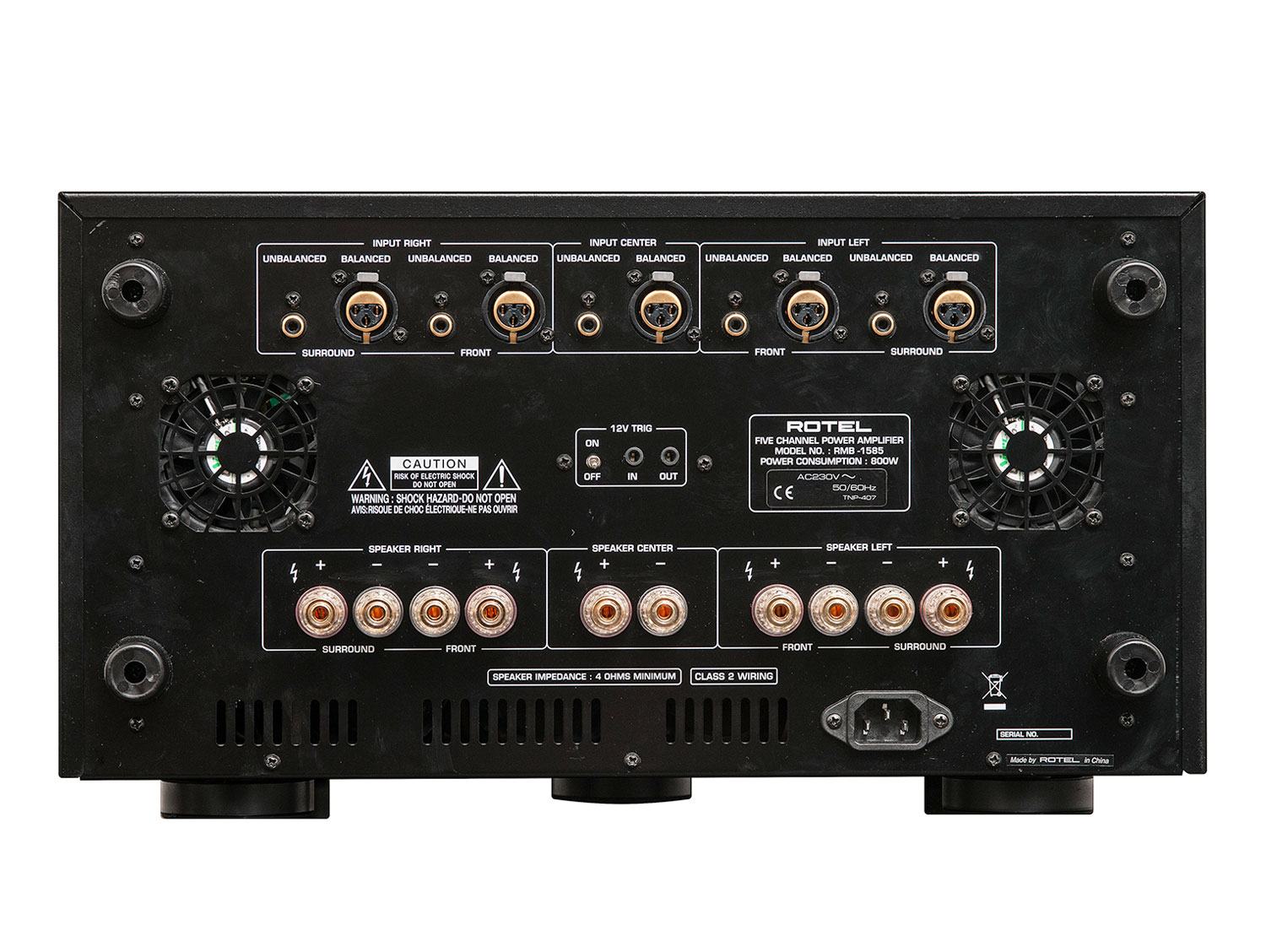 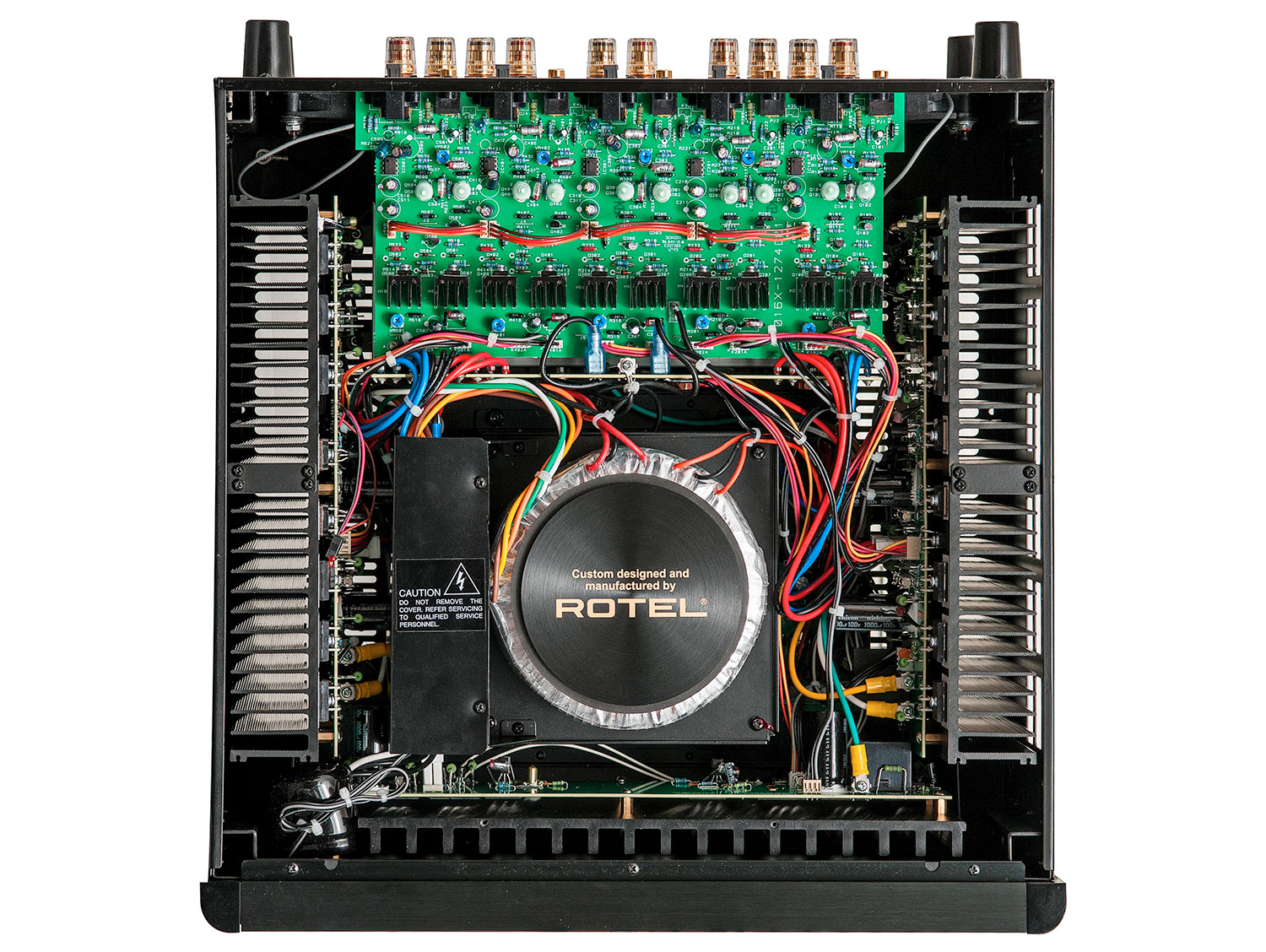 With five channels, each capable of producing 200 continuous watts each into 8 ohm loads (a full kilowatt of output power!), the RMB-1585 masters any A/V system regardless of speaker load or room size.

But it isn’t just pure output power that distinguishes the RMB-1585. It’s the ability to reproduce both the dynamics of a Hollywood blockbuster and the musical nuances of acoustic instruments that sets it apart.

Where does this balance come from? It’s a direct result of Rotel’s celebrated Balanced Design Concept in which circuit topology and parts selection meld in the pursuit of sonic excellence.

As with all Rotel products, this performance level begins with a power supply based on Rotel-designed and –manufactured dual toroidal transformers. In addition to providing proper voltages and current to subsequent rectifirs, regulators, and capacitors, these transformers also serve as a critical fist stage of fitration for incoming AC power. And the toroid shape itself tightly focuses stray emissions to avoid their potentially negative impact on sound quality.

Also in evidence is the Slit-Foil capacitor, an improved variant of a conventional storage device. The SlitFoil is named after the many precise cuts made in the aluminum conductors. These cuts or “slits” minimize the eddy currents that reduce a conventional capacitor’s ability to store and supply energy effiiently. The power supply of RMB-1585’s output section benefis from eight British-made BHC Slit Foil caps, each with a capacity of 15,000 µF. And each channel uses six individual power transistors to ensure stable power delivery to all speakers

in the system even under the most demanding conditions. Dual fans provide more-than-adequate airflw for proper thermal dissipation.
These and other high quality components were carefully chosen for their signifiant contribution to better sound quality and then “tuned” to each other for even further aural improvements.

The RMB-1585 makes system connection easy with both single-ended inputs via RCA jacks or balanced connections via three-pin XLR connectors.

In summary, you could describe the RMB-1585 as a “brute” that provides a full kilowatt of power. Or you might regard it as an exacting conveyer of the most subtle aspects of music or a movie soundtrack. In either case, you’d be correct. You’d also be correct if you simply
said that the RMB-1585 is the win-win answer for everyone seeking authoritative yet nuanced control of the speaker array of your choice