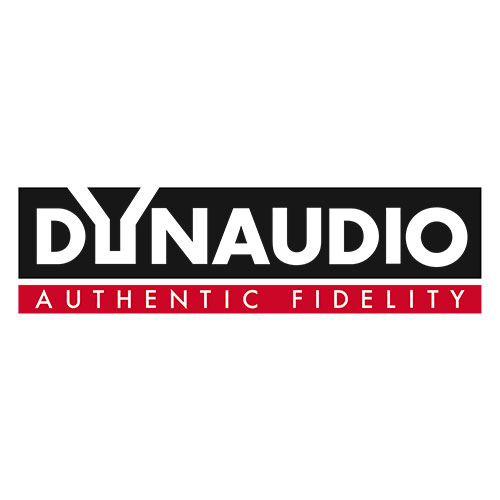 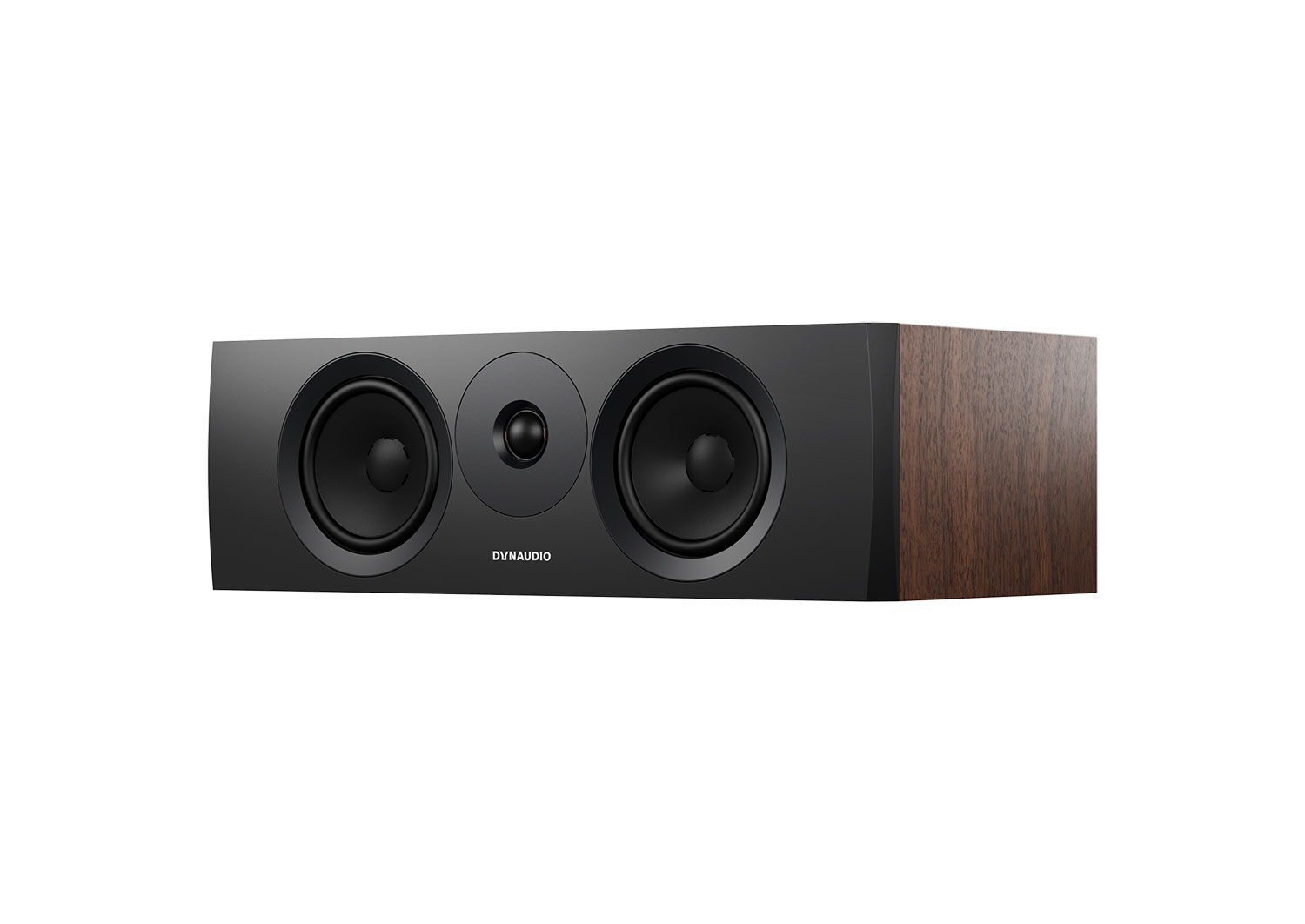 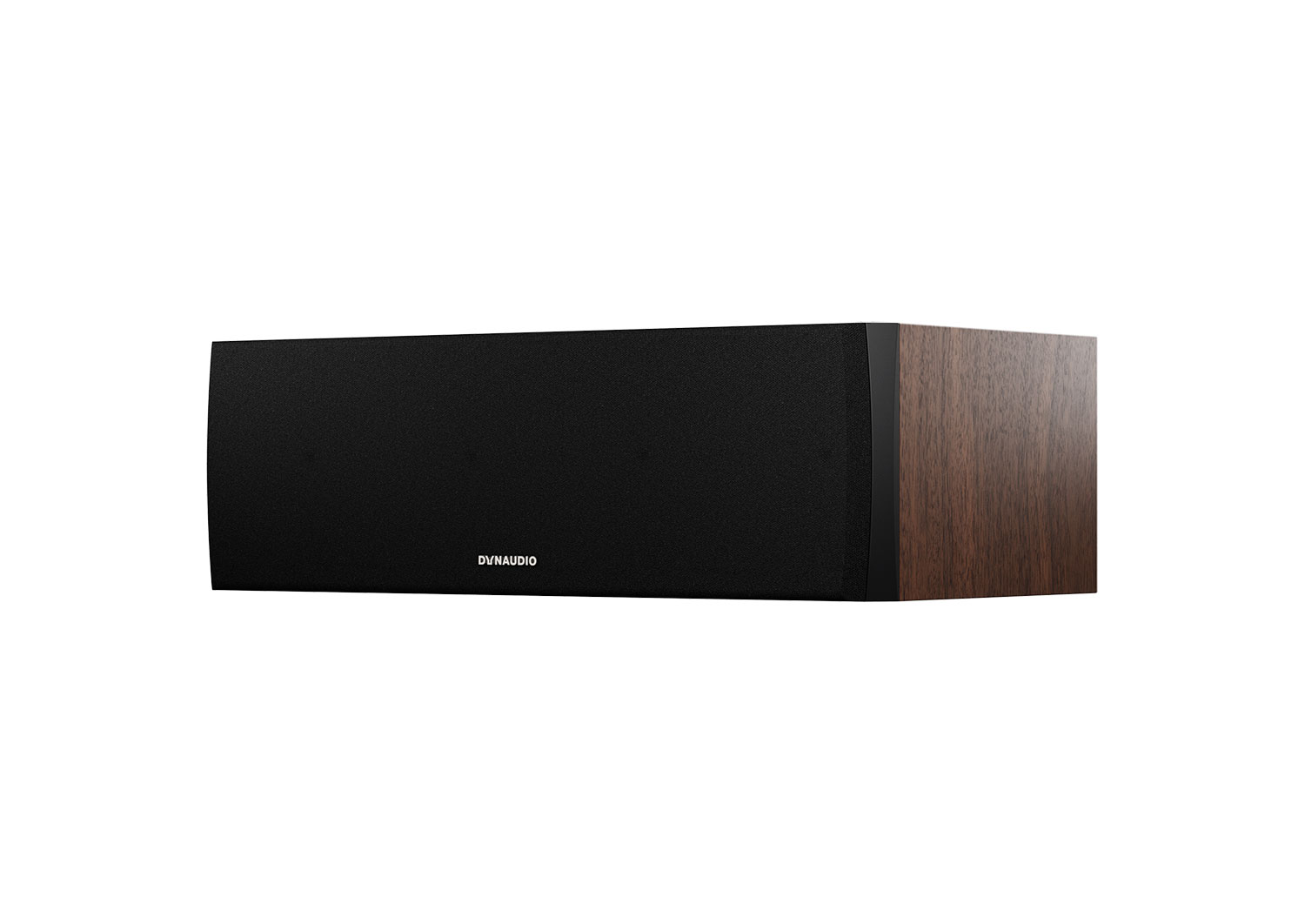 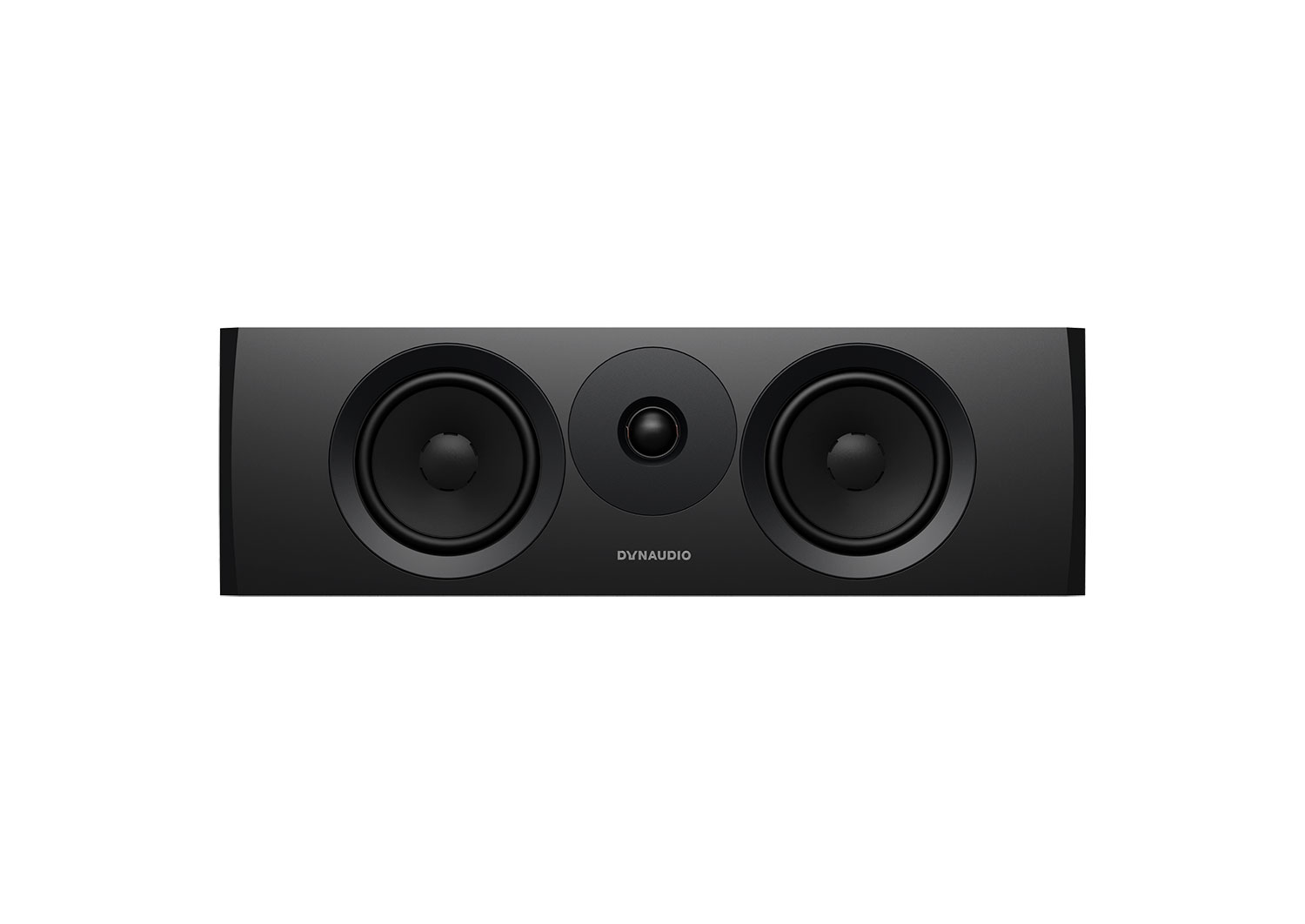 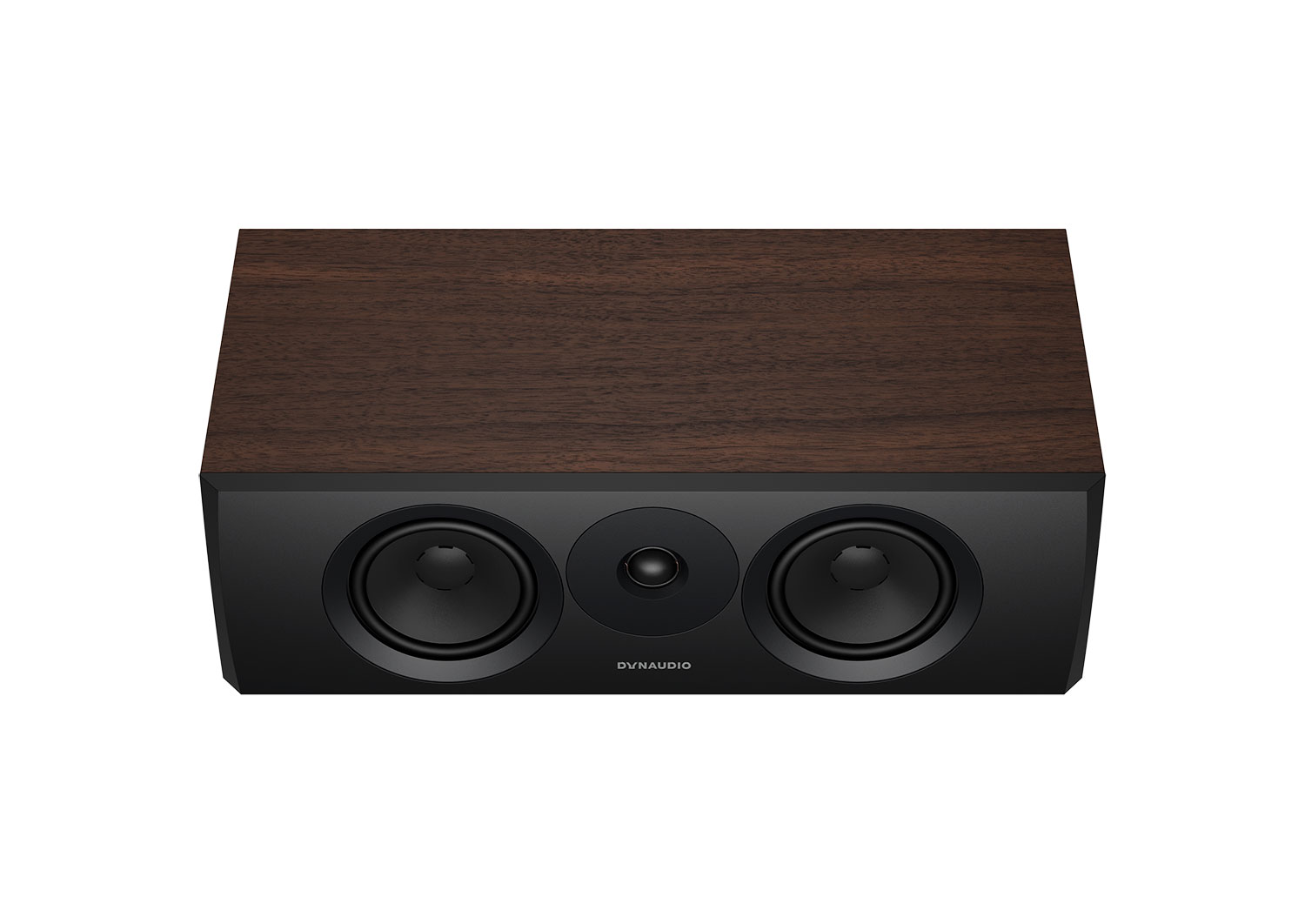 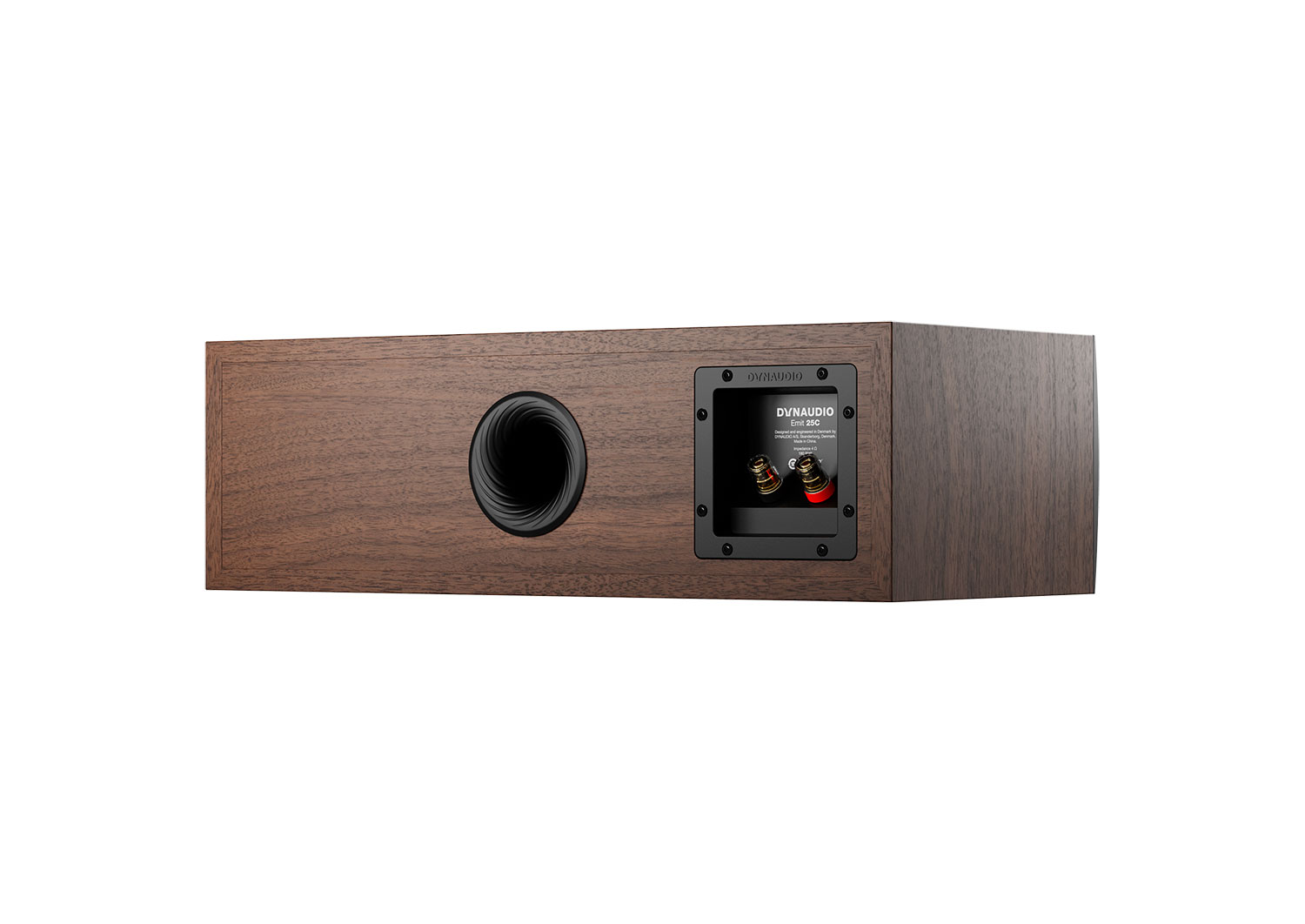 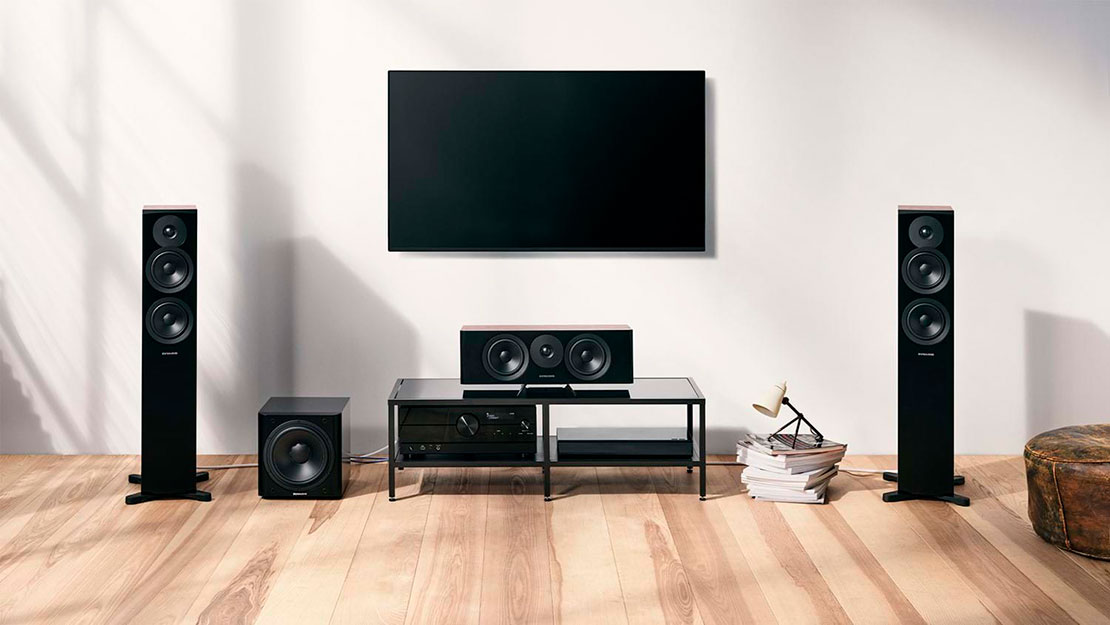 It’s been said that the soundtrack is up to 80 per cent of the movie-going experience. And the centre speaker is the most crucial part of that. Say ‘hej’ to Emit 25C…

It’s essentially an Emit 30, turned on its side, with the mid/bass drivers placed either other side of the tweeter. The drivers are the same; the crossover is the same, with a different box and port-tuning. But that’s not doing it a disservice; quite the opposite. It means you get total consistency between the centre speaker and the two flanking it (whether those are Emit 10s, 20s, 30s or even 50s), along with any others you place around your listening position.

Emit 25C uses the same 14cm MSP woofers as Emit 10 and Emit 30. MSP stands for Magnesium Silicate Polymer. It’s a material we developed decades ago, and have been refining ever since for use in all our most legendary speakers (including Confidence, Contour, Heritage Special and many more). MSP provides exactly the right combination of lightness, stiffness and damping to reproduce your material with all the detail the artist wants you to hear. Each cone is made in one piece, with an integrated dust-cap. The ‘balance ribs’ you’ll see in the centre are bonded directly to the voice-coil, so the whole mechanism moves as one piece – bringing with it immense control and detail over its sound. 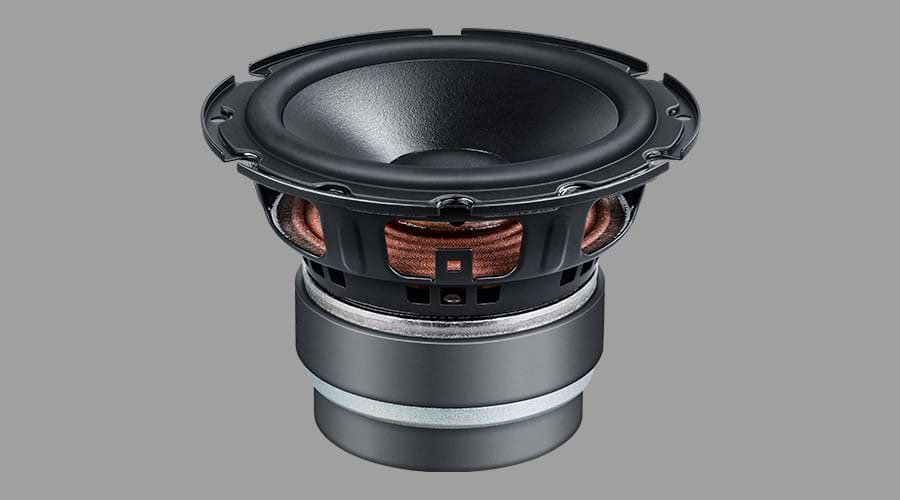 The voice-coils themselves are made from lightweight aluminium wire, clad in a thin layer of copper. We’ve use aluminium here on the two-layer glass-fibre former because its weight doesn’t impede the driver’s movement. The copper layer means it can take more advantage of the magnetic energy generated by the dual-stacked ferrite magnet system. It magnifies that flux energy for more power – without sacrificing fleet-footed dynamics.

Emit 25C has a high-performance Cerotar tweeter, along with all other Emit speakers – and the award-winning Evoke family. It’s based on the renowned Esotar Forty tweeter found in our Special Forty anniversary speaker, and features innovative technology that reduces unwanted resonance and optimises airflow. As with Evoke, Confidence and Contour i (among others), it also has a secret innovation: the Hexis. This is a small dimpled inner dome that reduces reflections to the back of the playing surface. You’ll hear its effect in the form of incredible detail resolution: sweet, smooth treble that doesn’t fatigue your ears – even during a long listening session. 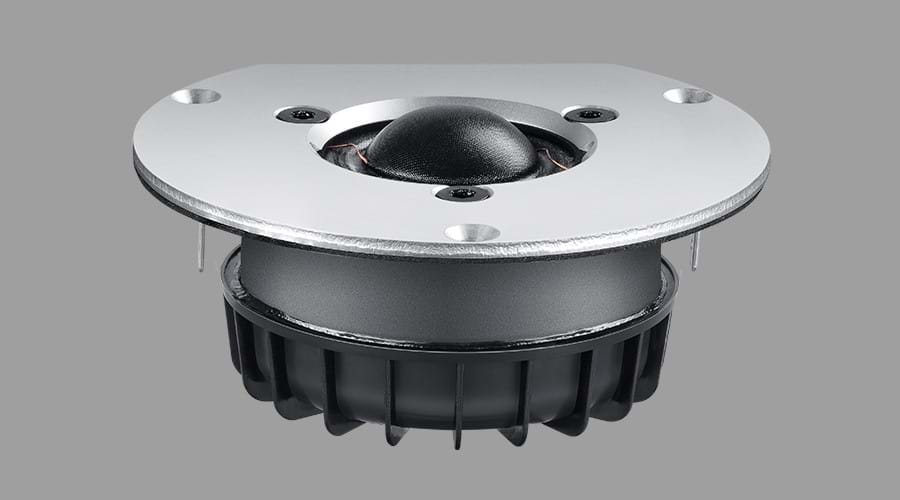 Behind the dome sits our much-talked-about Hexis device. It’s an ingenious dimpled inner dome that sits directly behind the playing surface and shapes airflow to optimise the frequency response and eliminate unwanted resonances. That means the diaphragm can move more precisely, so you’ll hear even more detail.

Emit 25C is available in three custom laminate finishes: Black, White and Walnut. They’re designed to complement each other, and blend seamlessly into your living room. That’s especially important for a centre channel, where (as much as we hate to say it), you should be spending more time looking at the picture above it than the speaker itself.

Emit 25C is the lynchpin of your home cinema speaker system. Power, control and finesse, rolled into one compact unit.