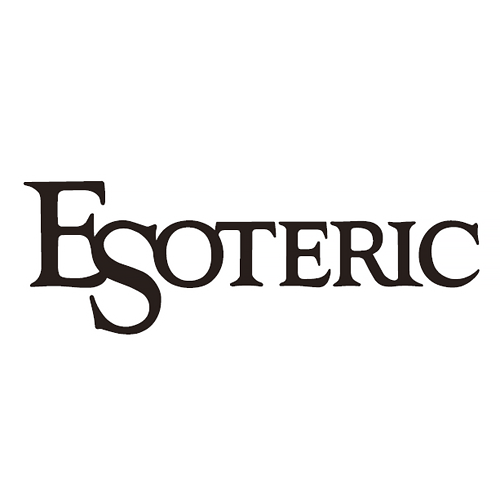 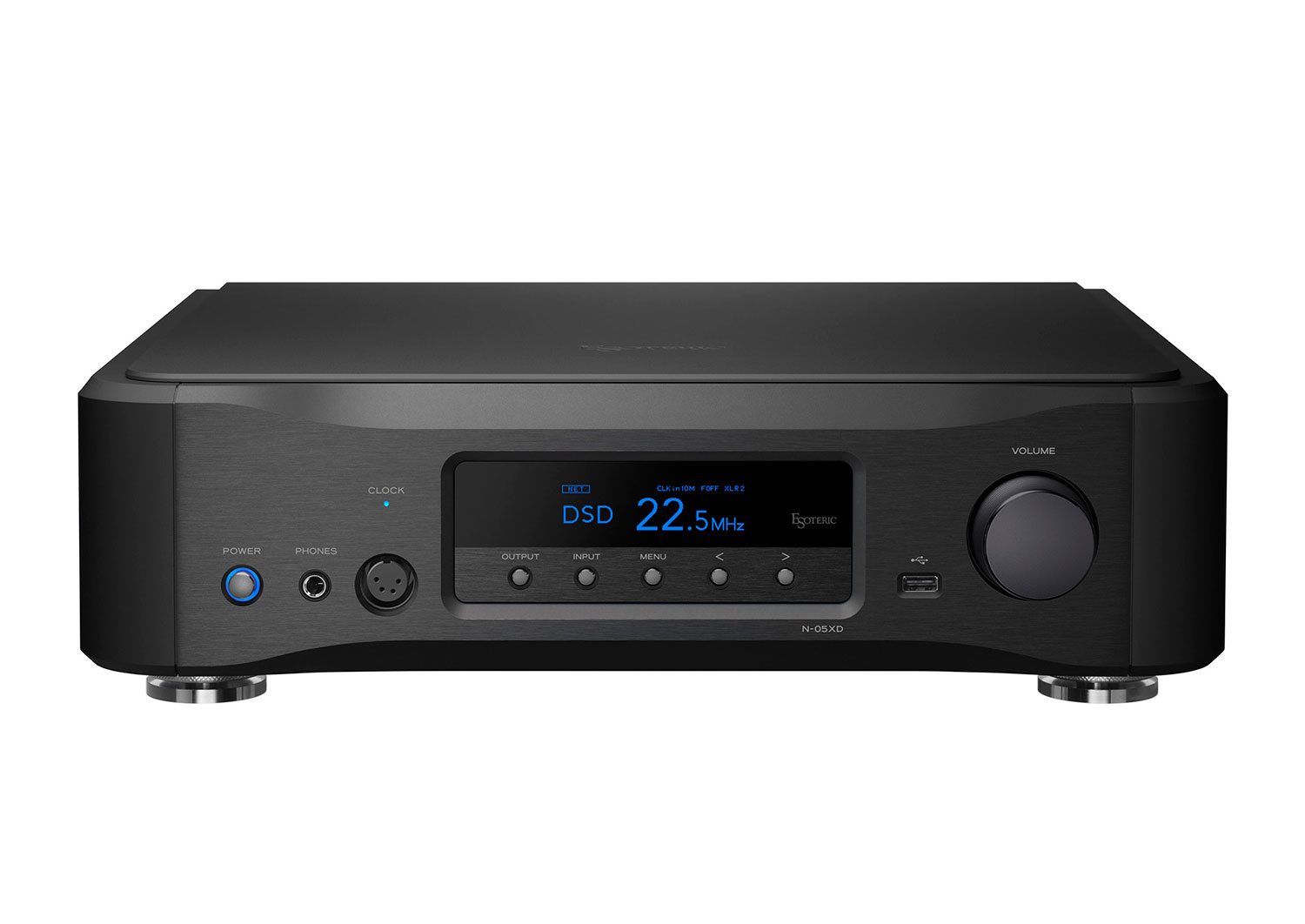 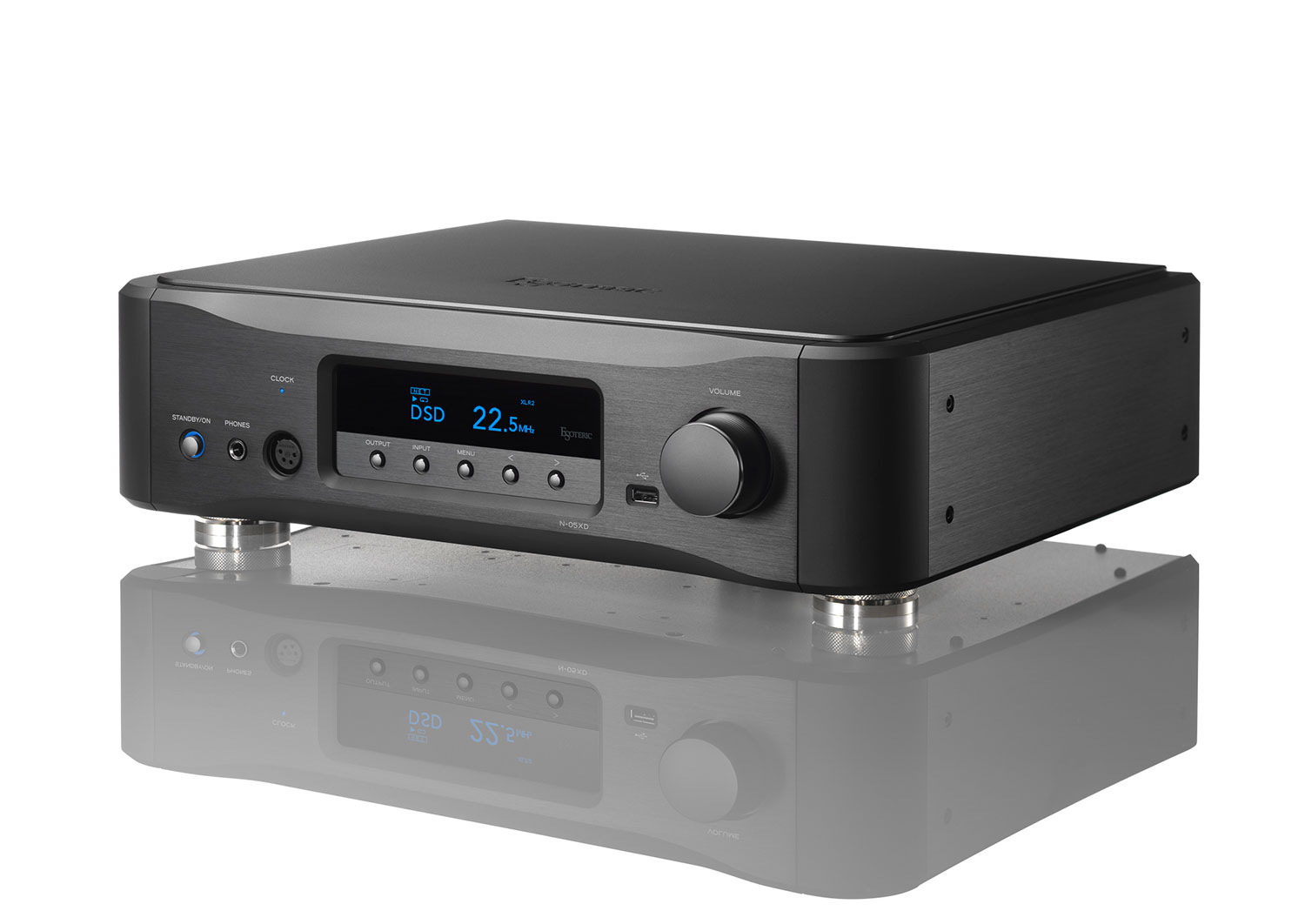 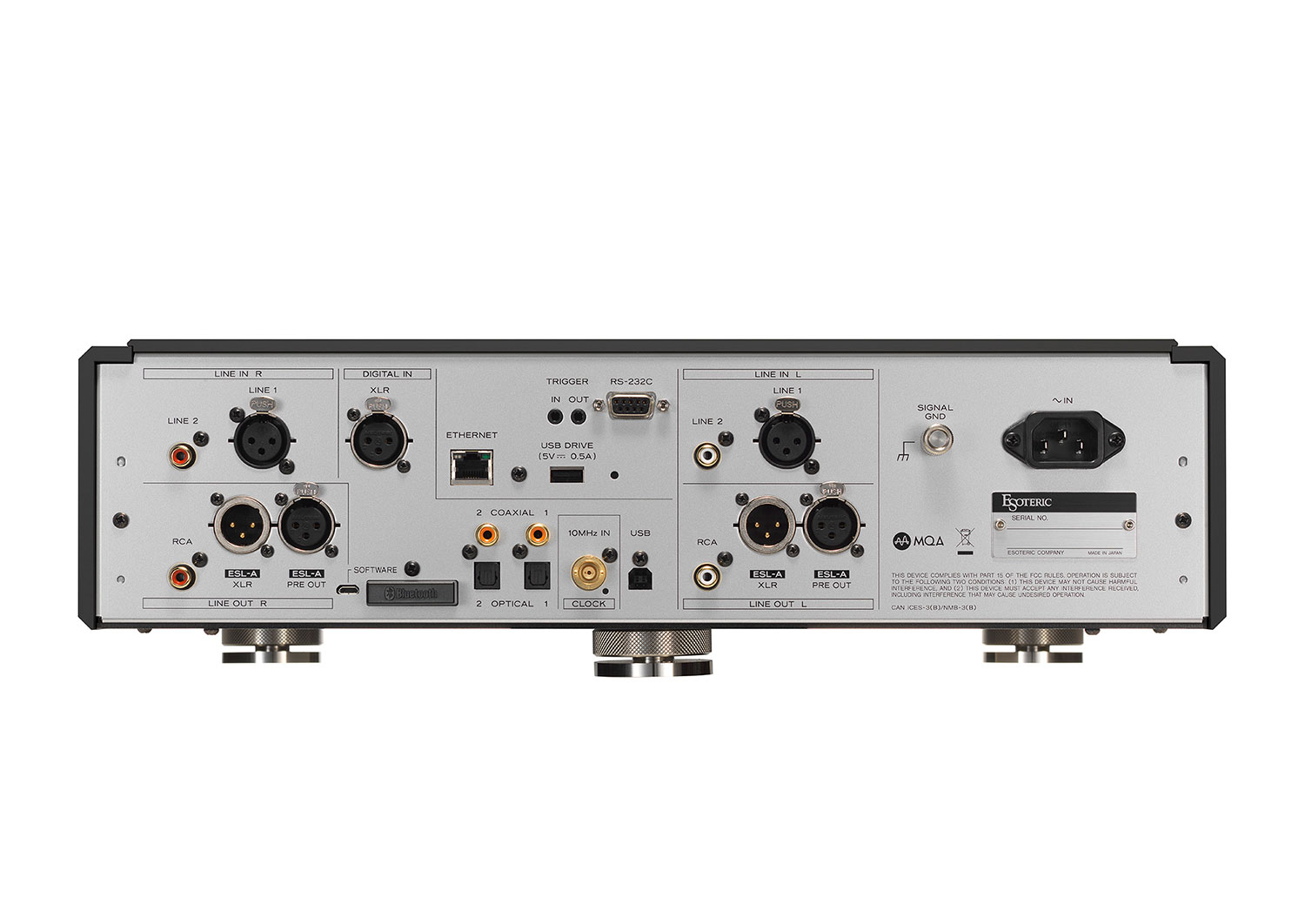 Reproducing the full sound quality of the original masters.
The N-05XD represents a new frontier in network DAC/preamps.

Faithful Reproduction of the Liveliness and Energy of Music

Esoteric’s primary goal in the creation of the N-05XD Network DAC/Preamp was to assemble a careful selection of rigorously tested discrete components into a complete circuit that could perfectly reproduce all the dynamics and energy of recorded music, something simply unattainable using ordinary integrated chips. Esoteric’s top engineering teams put their pride on the line to design and produce a quality of sound that can only be experienced by way of our Master Sound Discrete DAC.

The N-05XD’s Master Sound Discrete DAC is the most revolutionary two-channel stereo DAC circuit in Esoteric history, and is based on the original circuit developed for the Grandioso D1X Monoblock D/A Converter. As an extension of the D1X’s design philosophy, an abundance of luxurious materials have been invested in the construction of N-05XD’s Master Sound Discrete DAC, including 16 separate elements for each channel. Each of these 16 elements, including such key components as the clock driver, logic circuitry, capacitors and resistors, are kept fully independent in order to ensure the purest sound output with virtually no loss of musical energy. 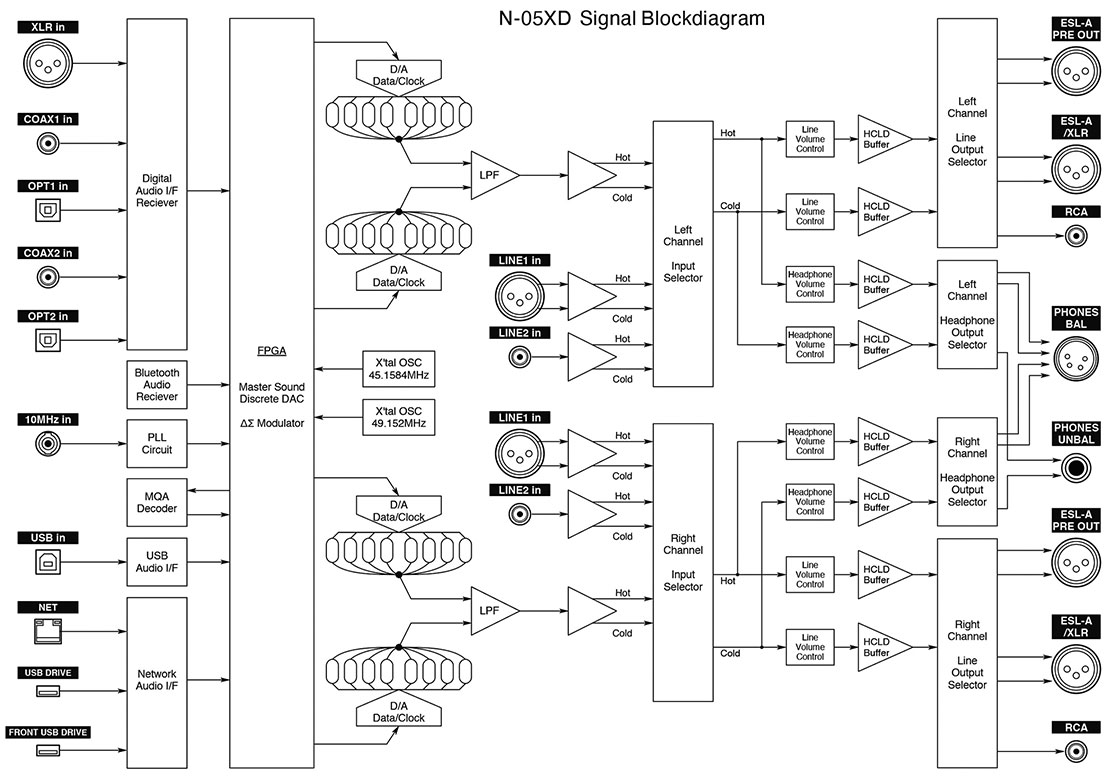 The N-05XD is also equipped with Esoteric’s exclusive Delta-Sigma (ΔΣ) modulator, which supports 64-bit/512Fs audio frequency sampling. To perform D/A conversion on par with its excellent DSD and PCM characteristics, separate FPGA* digital processing algorithms were developed for each step in the conversion process. This enables the N-05XD to extract the optimum sound quality from all compatible digital sources.
* FPGA: Field-Programmable Gate Array

As a source component, the N-05XD is equipped with a dedicated high-end network audio engine that supports DSD 22.5MHz playback. The key component in this design is its dedicated linear power supply. With a component configuration equivalent in scale to that of Esoteric’s top-of-the-line N-01XD, the N-05XD’s large toroidal transformers, high-capacity filter capacitors, Schottky barrier diodes, and high-end super capacitors — which feature a whopping 2,333,333μF in total capacity — and forgoing the use of any noisy switching elements, the N-05XD realizes a singularly impressive sound brimming with an analog-like sense of reality.

Providing full compatibility with an extensive range of audio codecs.

Encounter new music from Tidal. Esoteric has officially partnered with the lossless subscription streaming service Tidal, which provides quick and easy access to a huge library of music that offers the highest sound quality for ultimate listening enjoyment. Tidal is becoming steadily more popular among music connoisseurs around the world.

With its origins in the heart of France, Qobuz has become Europe’s most popular lossless subscription streaming and download service.

Spotify is a world-renowned streaming service that allows anyone to instantly enjoy its library of tens of millions of songs created by artists from around the world. Besides Spotify Free, which offers the basic functions of music playback at no charge, favorite songs can also be listened to in much higher sound quality by upgrading to Spotify Premium. 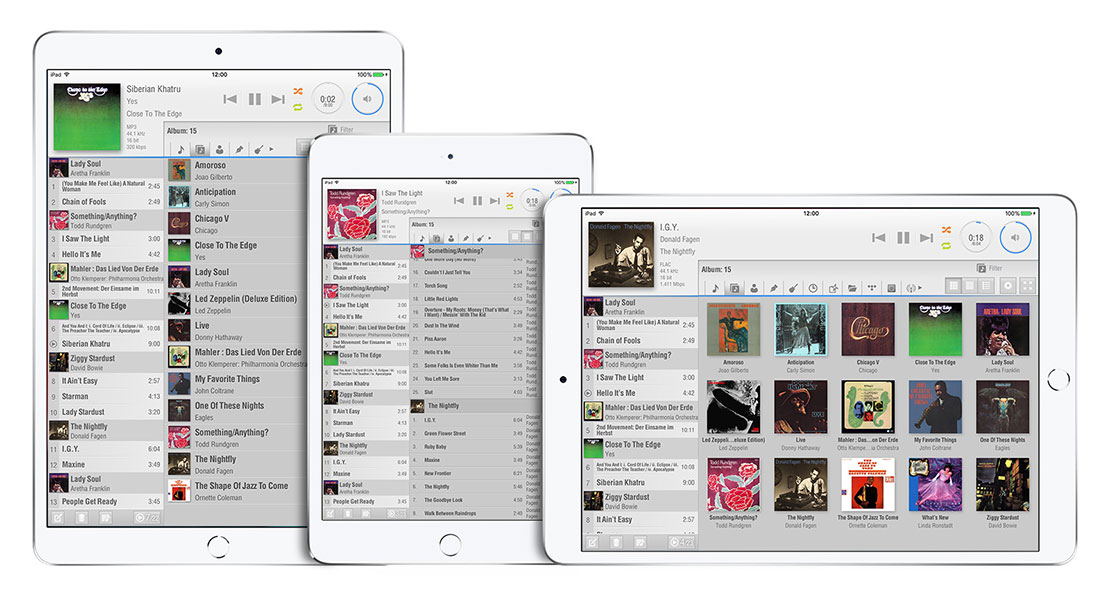 Esoteric Sound Stream is a streaming and network playback control app designed for use with both iOS (iPhones & iPads) and Android. Even inexperienced neophytes can operate this app with fully intuitive and stress-free ease. Additionally, Esoteric Sound Stream has been designed with a degree of refinement that smartly meets the high demands of more advanced users. Native support for such streaming services as Tidal and Qobuz ensures that anyone can easily search for and add songs to playlists from related streaming services while playing music files. Furthermore, songs can be seamlessly selected as if one’s own personal music library has been dramatically expanded.

The Heart of the System: A Fully Balanced Dual Mono Preamplifier

At the core of any audio system, the preamplifier circuitry plays the central determining factor in how sound is perceived. The N-05XD inherits the Grandioso line’s high fidelity and superb musical expression, a compendium of both Esoteric’s long-held philosophy and advanced technology, while further inheriting its esteemed pedigree. With its long-established fully balanced dual mono configuration, the preamplifier’s dynamic yet delicate sound transcends the boundaries of playback quality, and even goes so far as to delineate the sensibilities of both the performers and the sound engineer.

The N-05XD’s Esoteric-HCLD output buffer circuit was designed in pursuit of the ultimate in current transmission capacity and speed, both of which are critically important factors in achieving the ultimate in analog output circuitry. The buffer’s high-speed element features a slew rate—or response speed—of 2,000V/μs, allowing it to reproduce with breathtaking clarity the full dynamism of the music being played.
*HCLD: High Current Line Driver 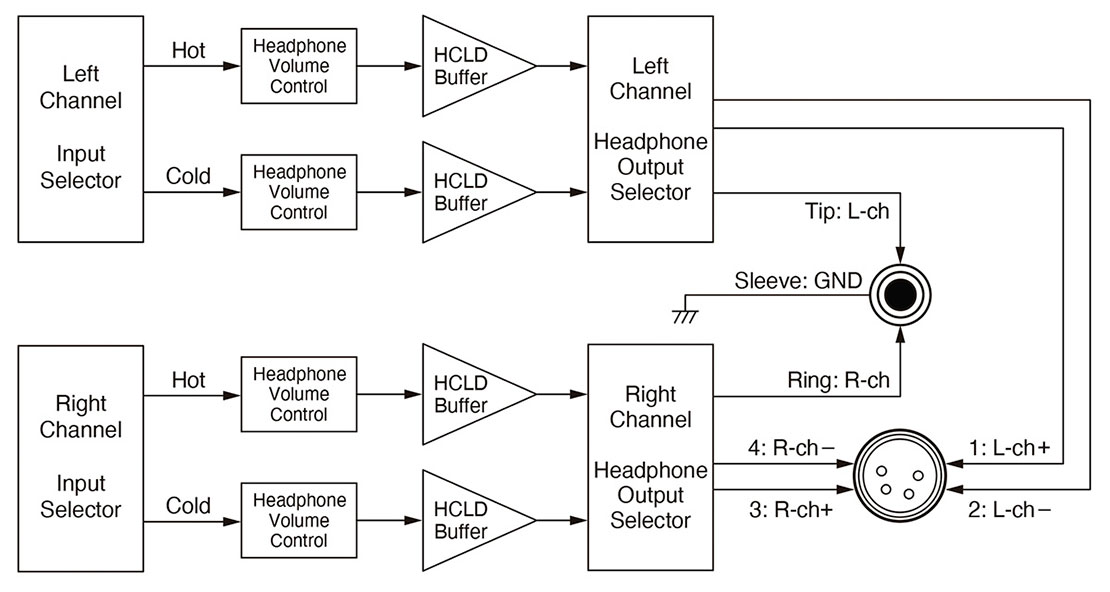 Enjoy the uniquely blissful musical listening experience of high-end audio in your own personal space by using the N-05XD in combination with your favorite pair of headphones. The N-05XD is equipped with Esoteric’s first full-scale fully balanced dual mono headphone amplifier, which responds to new styles of listening with outstanding playback quality that combines Esoteric’s advanced preamplifier design technology with a collective wisdom accumulated over years of high-end audio design that always strives for the pinnacle of sound quality.
The amplifier’s advanced circuitry features a fully balanced, dual-mono design that closely approximates that of Esoteric’s renowned Linestage preamplifiers. It is also equipped with two separate outputs: a balanced 4-pin XLR output jack and an unbalanced 6.3mm stereo audio jack, both conveniently located on the N-05XD’s elegant front panel. With its fully balanced power output of 1500mW (into a 32Ω load), this superlative headphone amplifier powerfully drives high impedance headphones with plenty of headroom to spare. For unbalanced output, the ground potential is actively driven to 0V so that any fluctuations of ground (earth) potential in each of the left and right channels do not affect the other, thus realizing eminently clear channel separation, uncompromising high performance, and superb musical expressiveness with both balanced and unbalanced connections. 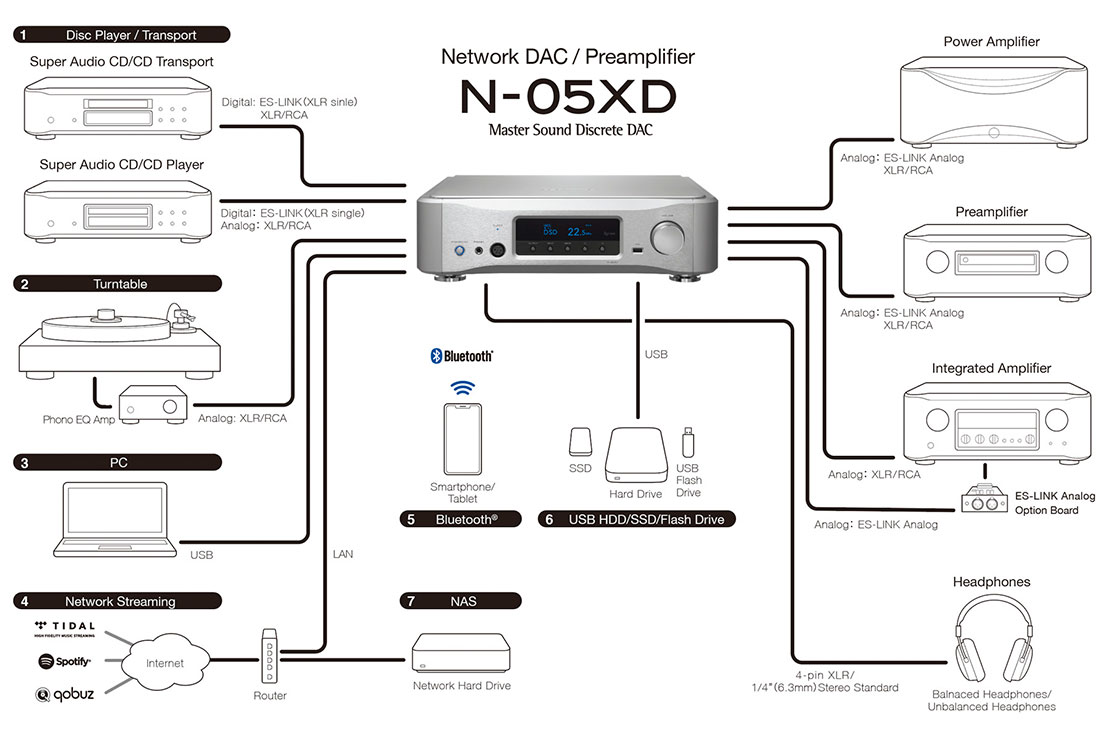 The N-05XD is also a highlyversatile high-end component that has been meticulously finished without any compromise, providing top-tier audio performance, no matter the function the user selects to use. When switched to fixed line level output, the N-05XD can be connected to an external preamp for operation as a standalone digital source or DAC. Likewise, its Network function can be completely turned OFF when not use. The N-05XD also comes equipped with AV Pass through output that allows it to be used as a front channel preamp in a surround sound AV speaker system.

Such high-quality sound codecs as LDAC, LHDC, aptX HD, aptX, and AAC are all fully supported, while smartphone music files can be easily played with astounding sound quality.

Even higher sound quality can be achieved by combining the N-05XD with an external master clock generator by way of its high-accuracy 10MHz master clock input. 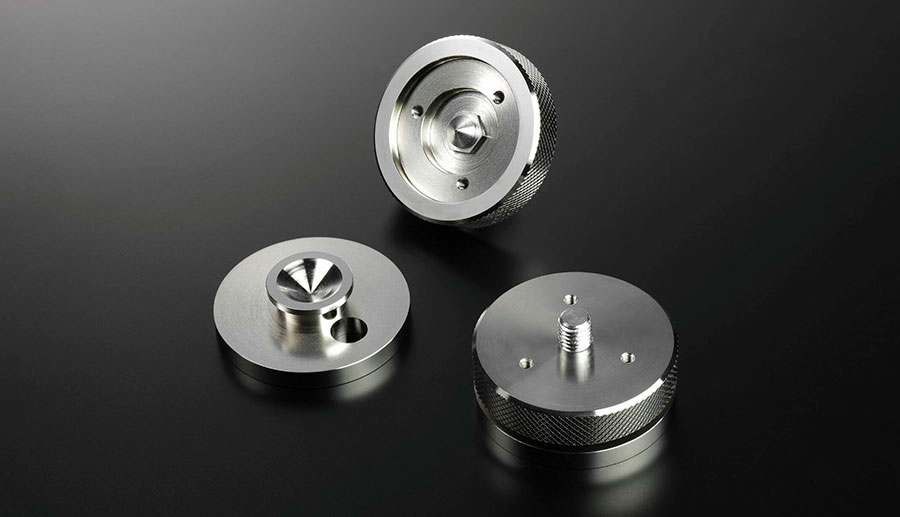 The N-05XD’s semi-floating top panel accentuates the sensation of the sound output’s free, unencumbered feeling, while its bottom chassis features high-precision laser-cut slits on its power supply transformer mounts to control vibration. Esoteric’s own exclusive pinpoint feet (Patent No. 4075477, No. 3778108) also effectively release any vibration to the exterior of the unit. 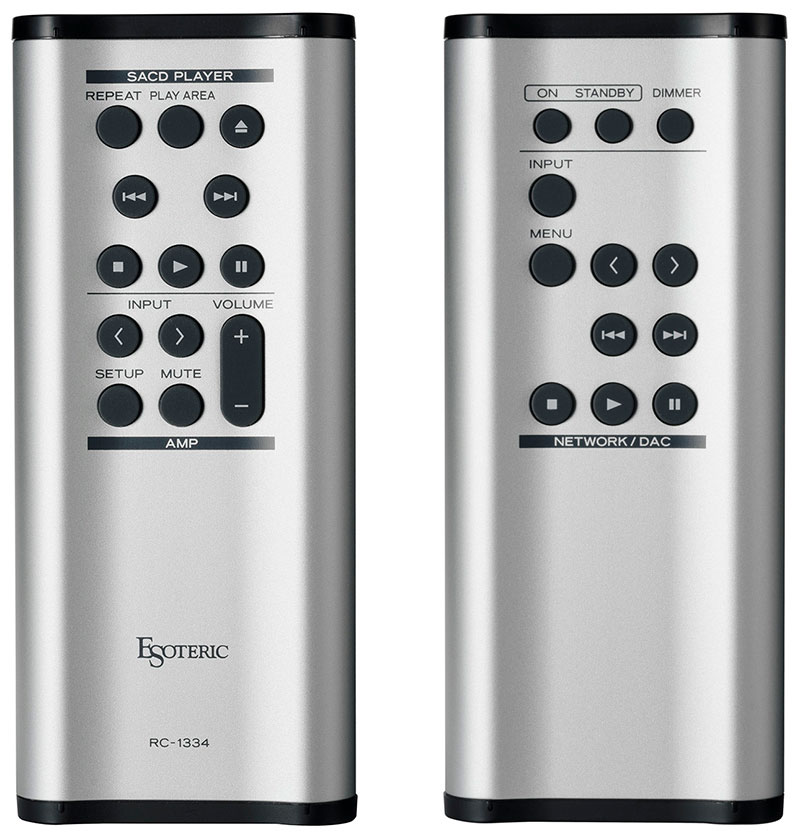 The N-05XD remote control’s ergonomic aluminum body fits naturally in the hand, with buttons located on both sides of the unit for the easiest and most intuitive operation from the comfort of your listening position. In addition to offering straightforward control of preamplifier and network playback, this remote control can also be used to operate the Esoteric Super Audio CD player and transport.